CALGARY, Alb. – Emerging pop-rock ‘n’ roll band Ready Set Bro, consisting of teenage brothers in music Tavyn, Auslen and Kaplan Doell, have released their 3rd single “Afterlife” today across all major digital music platforms, or at linktr.ee/ReadySetBro. On the new tune the all-brother trio from Calgary, Alberta have firmly cemented their status as a bonafide rock ‘n’ roll band by leaning on a heavy dose of guitar, including a vibrant guitar solo and four-part guitar harmonies, all written and recorded by the Doell brothers.

“This song provides a juxtaposition between an upbeat melody, while delving into the heavier subject matter of lamenting the loss of a relationship,” said Tavyn Doell. “At the same time, our lyrics blend a touch of light heartedness and humor with anguish and regret. To sum it up, it’s a classic story of a boy who fell for the wrong girl!”

“Afterlife” explores the feelings of regret, and coming to terms with the fact that the grass isn’t always greener on the other side, by offering a clever reflection on the demise of a relationship. With a creative play on words, in this instance, “afterlife” symbolizes the reality of life after a breakup, and the subsequent discomfort and remorse brought on by a poor decision. 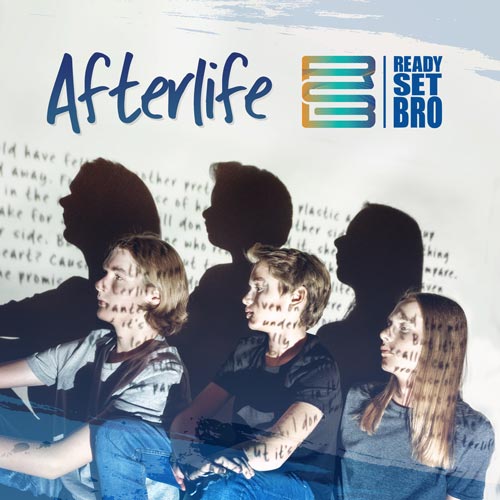