CALGARY, Alb. – Teenage brothers in music Tavyn, Auslen and Kaplan Doell are better known as Ready Set Bro, an emerging pop-rock n’ roll band out of Calgary, Alberta. Today the trio releases their first tribute cover song of ”Ben” across all major digital music platforms (linktr.ee/ReadySetBro), along with an adorable music video that will premiere on September 14 via their YouTube channel.

“Ben” was the song Michael Jackson charted his first number #1 hit with in 1972, as a single on Motown records. Originally written by Don Black and Walter Scharf, the song is about a boy and his pet rat.

“This song reminds us of the connection so many people have to their beloved pets,” said lead singer Kaplan Doell. “The companionship they offer is incomparable. The original song was written about a boy and his pet rat, but we reimagined it being about a connection between a boy and his dog.”

With a strong connection to this song during the Doell brothers’ childhood, they decided to reimagine the song with a dog, instead of a rat. Specifically a cute little Pug named Judo, who starred alongside the brothers in the forthcoming new video.

“I felt strongly that our version needed a soulful guitar solo that matched the emotion of the song,” explained Auslen Doell. “The end result is a homage to the original with a tasteful twist featuring the solo and modulation.” 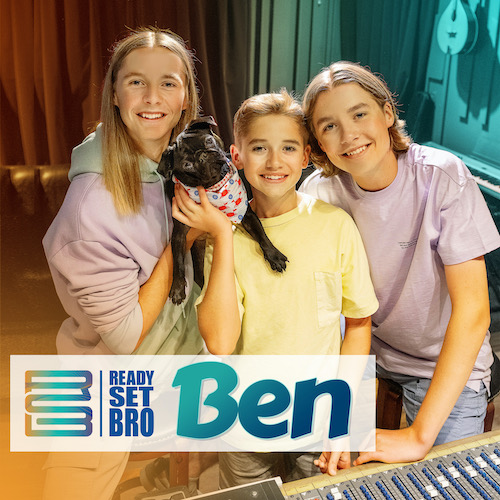